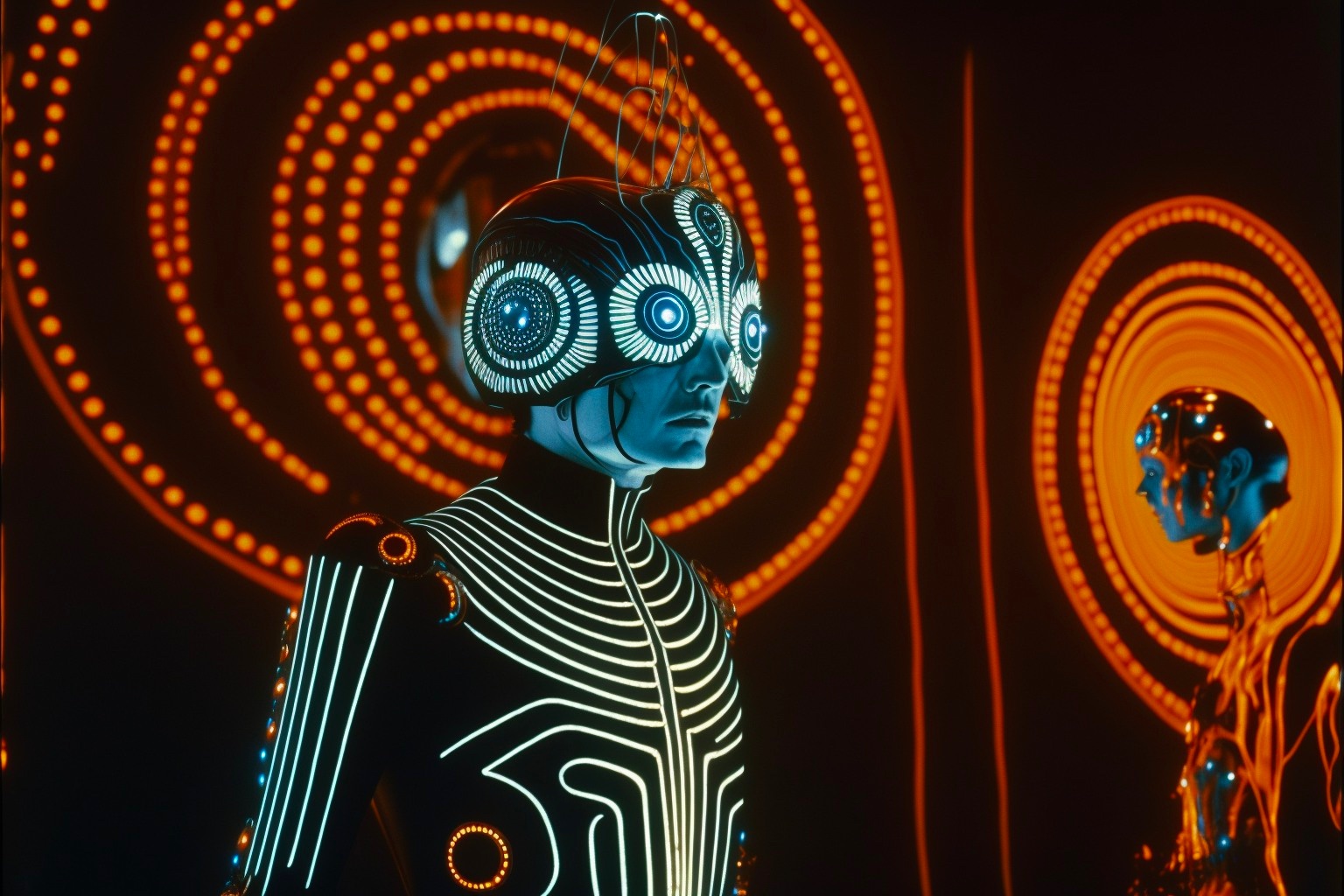 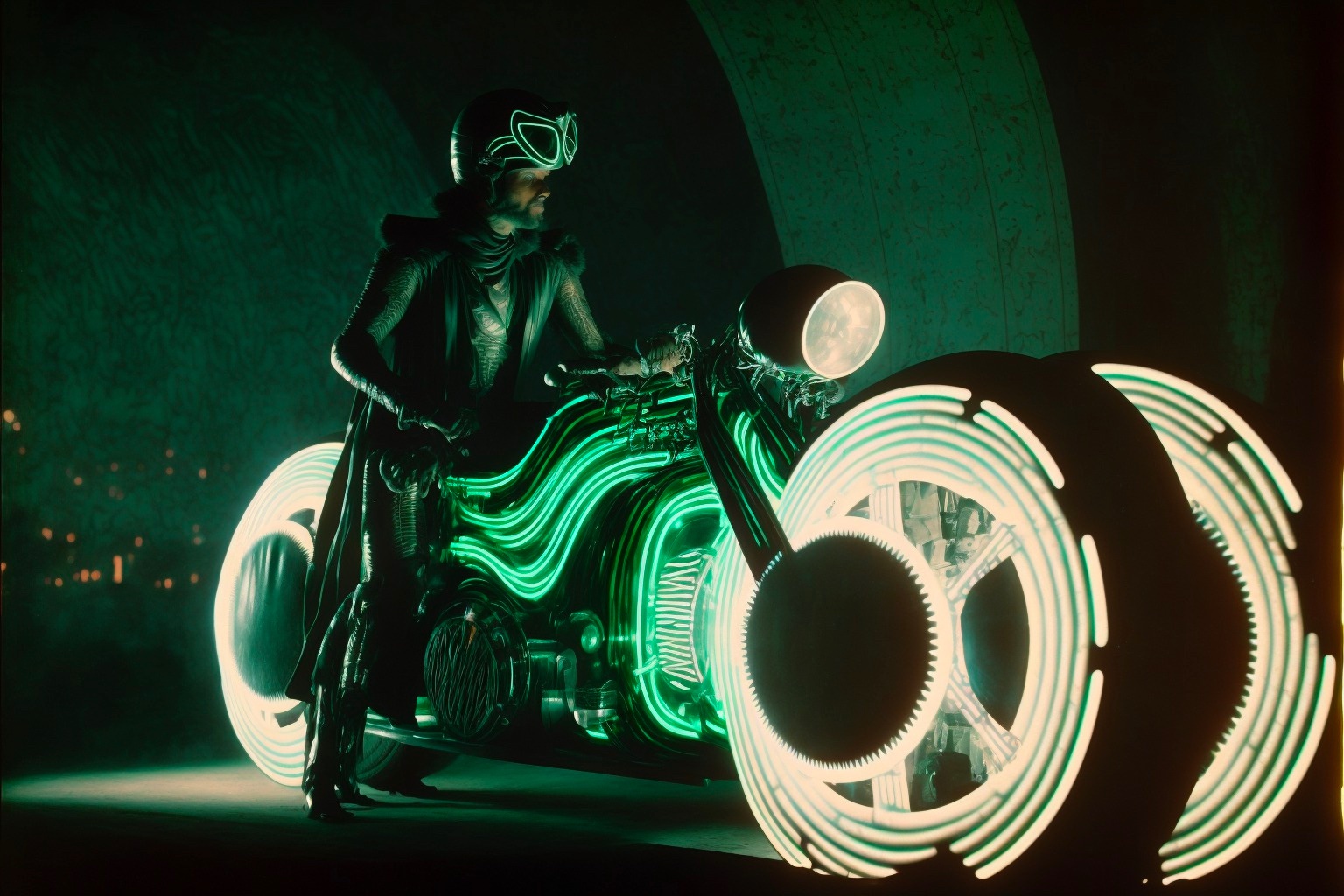 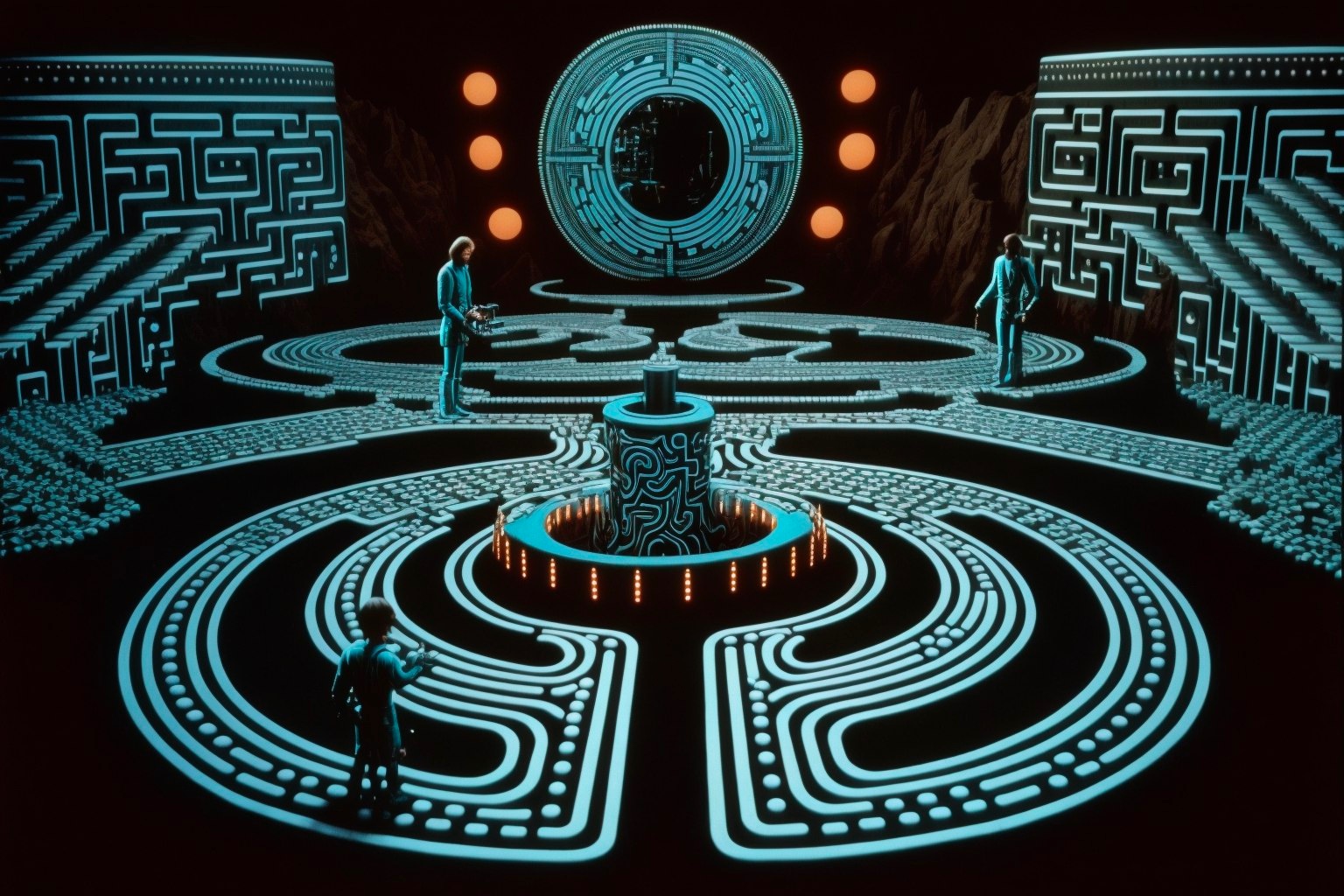 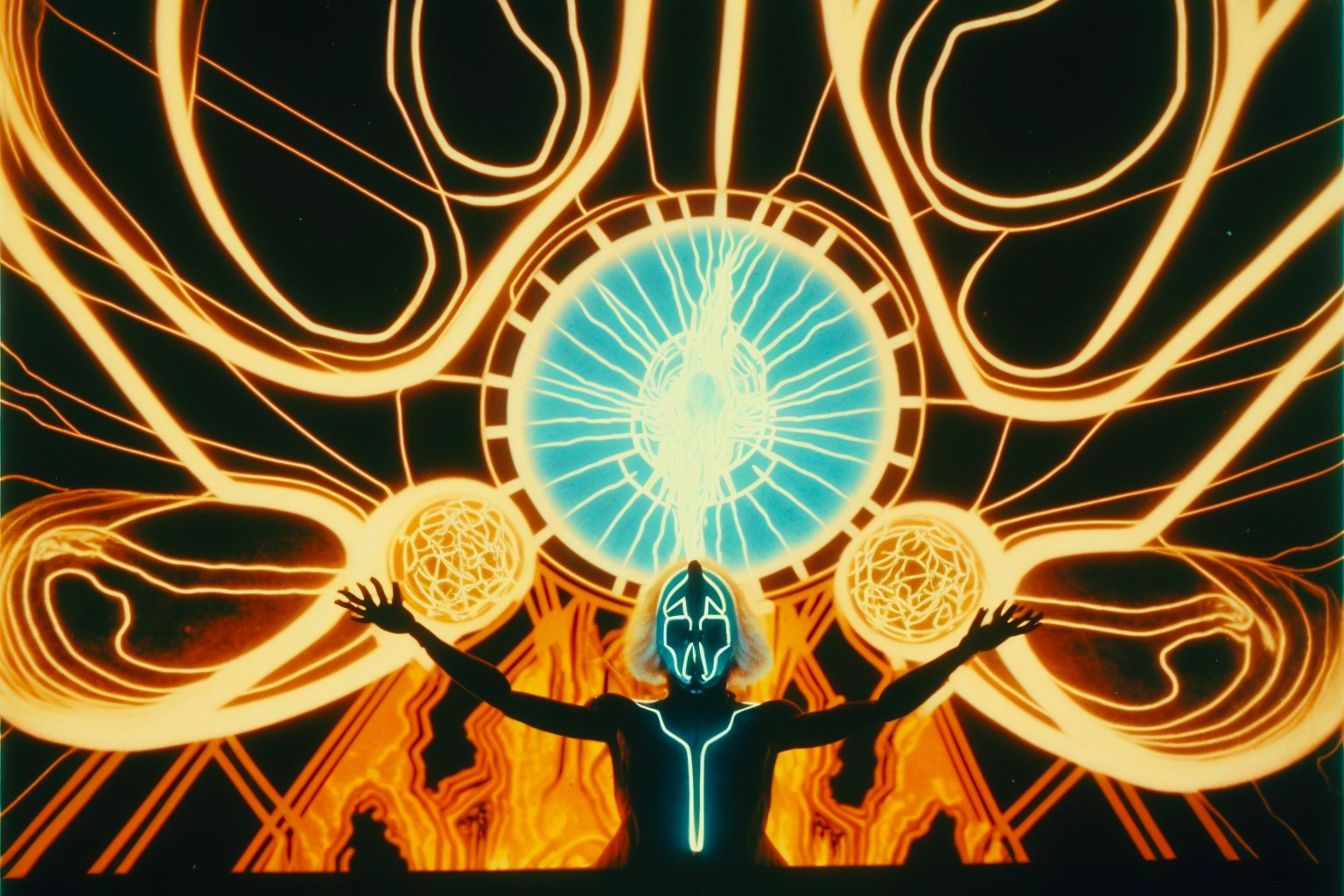 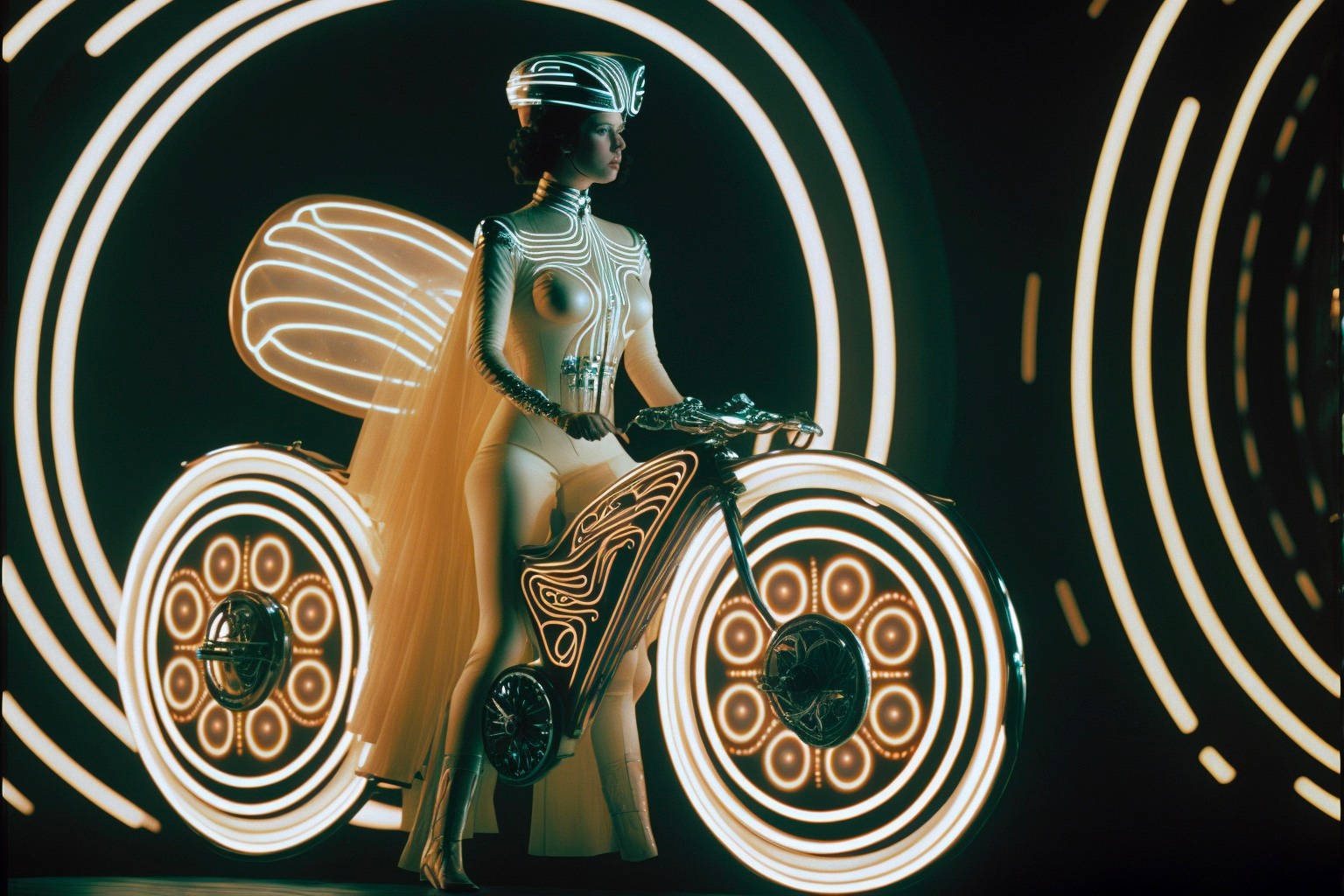 Cult avant-garde filmmaker Alejandro Jodorowsky famously did not make his ambitious adaptation of Dune but what if he had brought his unique brand of surrealist psychedelia to the screen with a version of Tron in the 70s? Using the AI platform Midjourney, Johnny Darrell imagined what Jodorowsky’s Tron might have looked like. I love these — I would like to see this movie please.

rocketo
reply
this is the very first use of AI that i’ve loved
seattle, wa 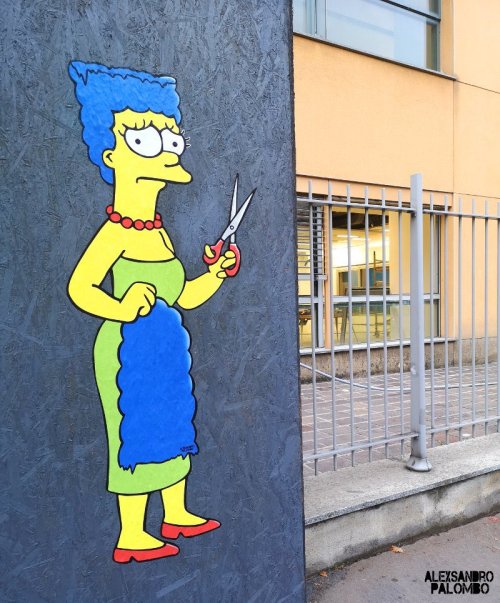 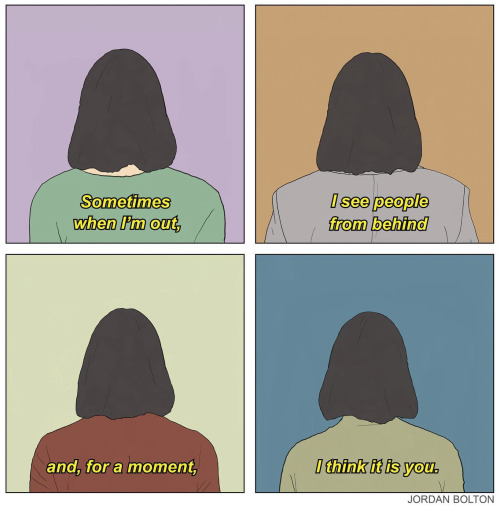 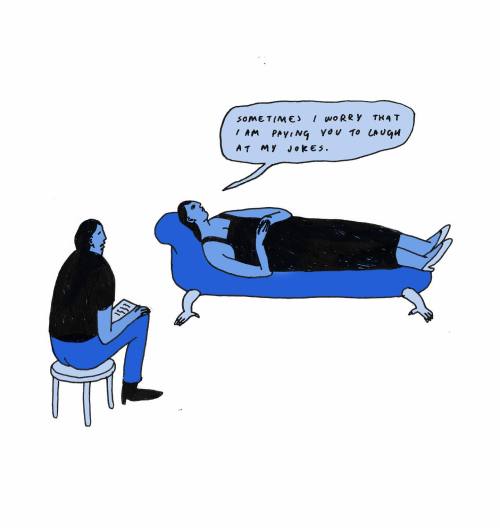 cinebot
reply
it me
toronto.

In an excerpt of her new book, Ten Steps to Nanette: A Memoir Situation (out today), Hannah Gadsby talks about her later-in-life diagnosis of autism spectrum disorder. As often happens whenever I read about an autistic person’s experience, there’s stuff here that really resonates with me. Like:

My meltdowns had always been a mystery to me, so when I was finally diagnosed, I was able to reframe the way I thought about my strange little outbursts. For a start, I became far more compassionate toward myself, which probably halved the distress of the occasions. In the scheme of my life, I have not had very many meltdowns, however. I’m more of a shutdown kind of autistic. From the outside, a shutdown looks very similar to a sulky tantrum, but it is nothing of the sort. I don’t have control, for a start. And I am certainly not ruminating on any kind of emotional narrative, because I have gone into fight or flight, but in my body that translates into neither fight nor flight; I just shut down like a maxed-out power grid in the middle of a storm.

The problem is that communication skills are developed atypically in autistic people and, most often, very slowly. I have always had difficulty articulating my needs, but as I have got older, my language and social skills have improved a great deal. My ability to regulate, however, has not, and nor have my sensory sensitivities. My eternal struggle with these distressing disabilities often gives the impression to others that I am moody, reactive and inconsistent. I say I want one thing, then moments later I will say that I need the opposite. This is not a reflection of my character, but rather a reflection of my neurobiological functioning. I am unable to intuitively understand what I am feeling, and I can often take a much longer time to process the effects of external circumstances than neurotypical thinkers. But it is they who get impatient with me, and under that pressure I feel forced to guess my needs before I have had time to process stuff in my own way, and so mistakes are made. I can be cold and not know it. I can be hungry and not know it. I can need to go to the bathroom and not know it. I can be sad and not know it. I can feel distressed and not know it. I can be unsafe and not know it. You know how sometimes you put your hand under running water and for a brief moment you don’t know if it is hot or cold? That is every minute of my life. Being perpetually potentially unsafe is a great recipe for anxiety. And — spoiler alert — anxiety is bad.

I do not feel these things as acutely as Gadsby describes, but I do feel them — moodiness, sensory sensitivity, emotional shutdowns, difficulty understanding what I’m feeling, and taking a long time to process things. This line: “…under that pressure I feel forced to guess my needs before I have had time to process stuff in my own way, and so mistakes are made” <— woooooo boy I feel that so so much. Maybe, just maybe, he thinks to himself, this is why I’ve worked by myself for the past 16+ years.

Anyway, I loved Nanette and am looking forward to reading her “memoir situation” soon.

cinebot
reply
this is an excellent
toronto.

cinebot
reply
it checks out
toronto.